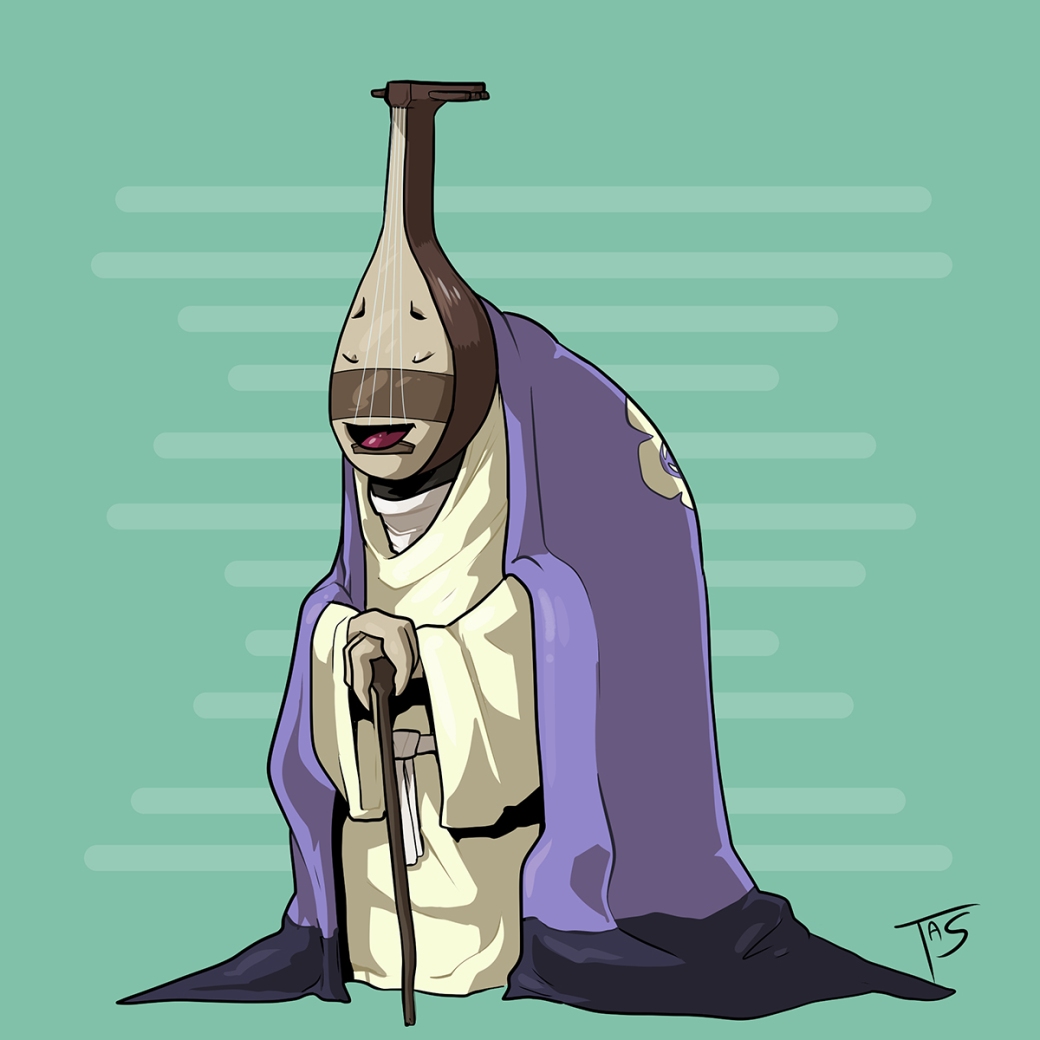 A genial sort of spirit, the Biwa-Bokuboku is a tsukumogami born of a discarded Biwa lute given anthropomorphic form. Stories place him wandering around as a busker, living a solitary life in abandoned buildings or partying it up with other yokai, usually heard at nights playing himself, dancing loudly and singing songs about the neglect he felt from his former owners.