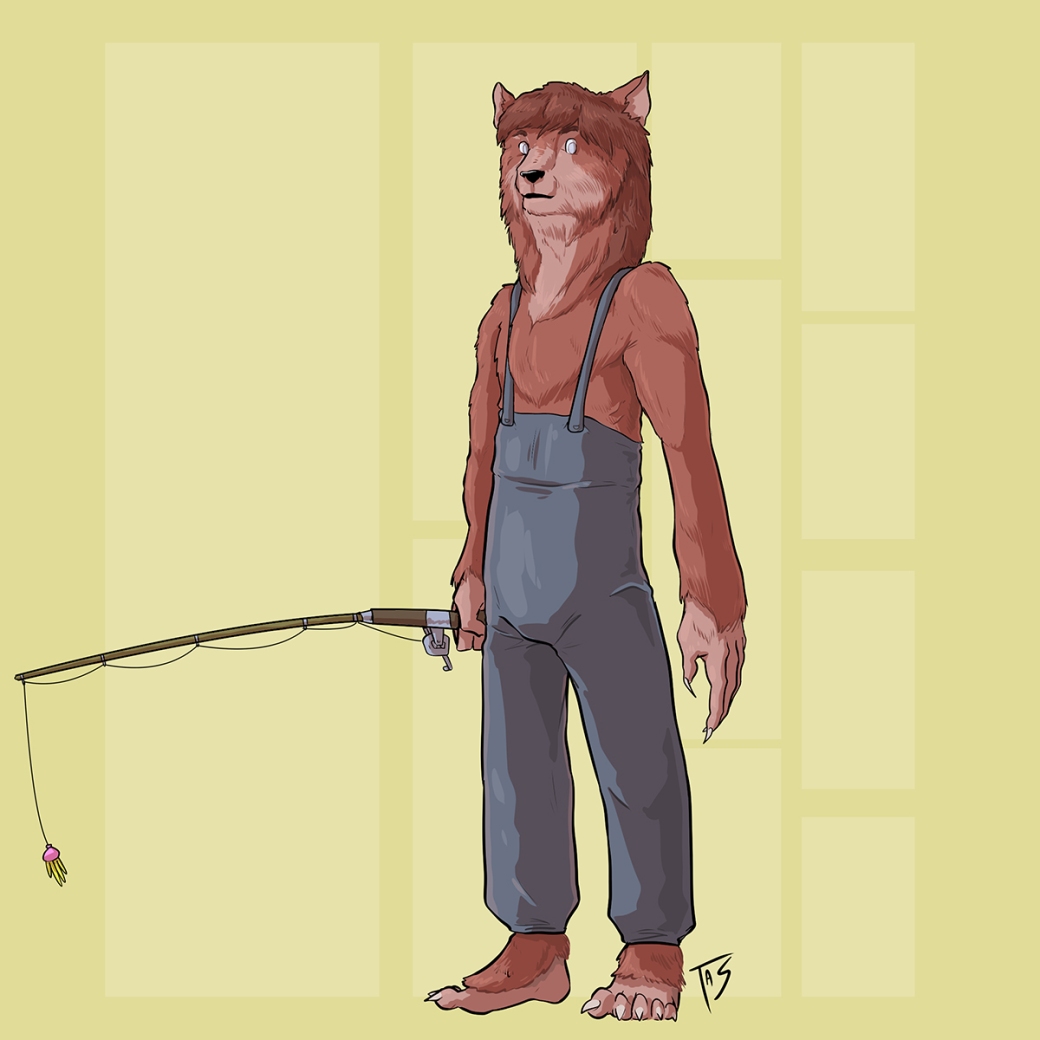 Not a werewolf in a traditional sense, the wulvers were not transformed humans but faeries or spirits who appeared as furry figures with wolf heads. Also unlike the traditional werewolf, wulvers, while solitary and isolated, were calm, gentle creatures, said to assist people such as helping lost travelers find their path again. They often spent their time fishing off the shoreline, leaving excess fish they had caught at the homes of poor families when they were done for the day. Some stories referred to them as death omens, or that they would sit mournfully outside the homes of those who were sick or dying, but the wulvers themselves never meant people ill; they were happy to leave people alone in peace provided they were treated the same.