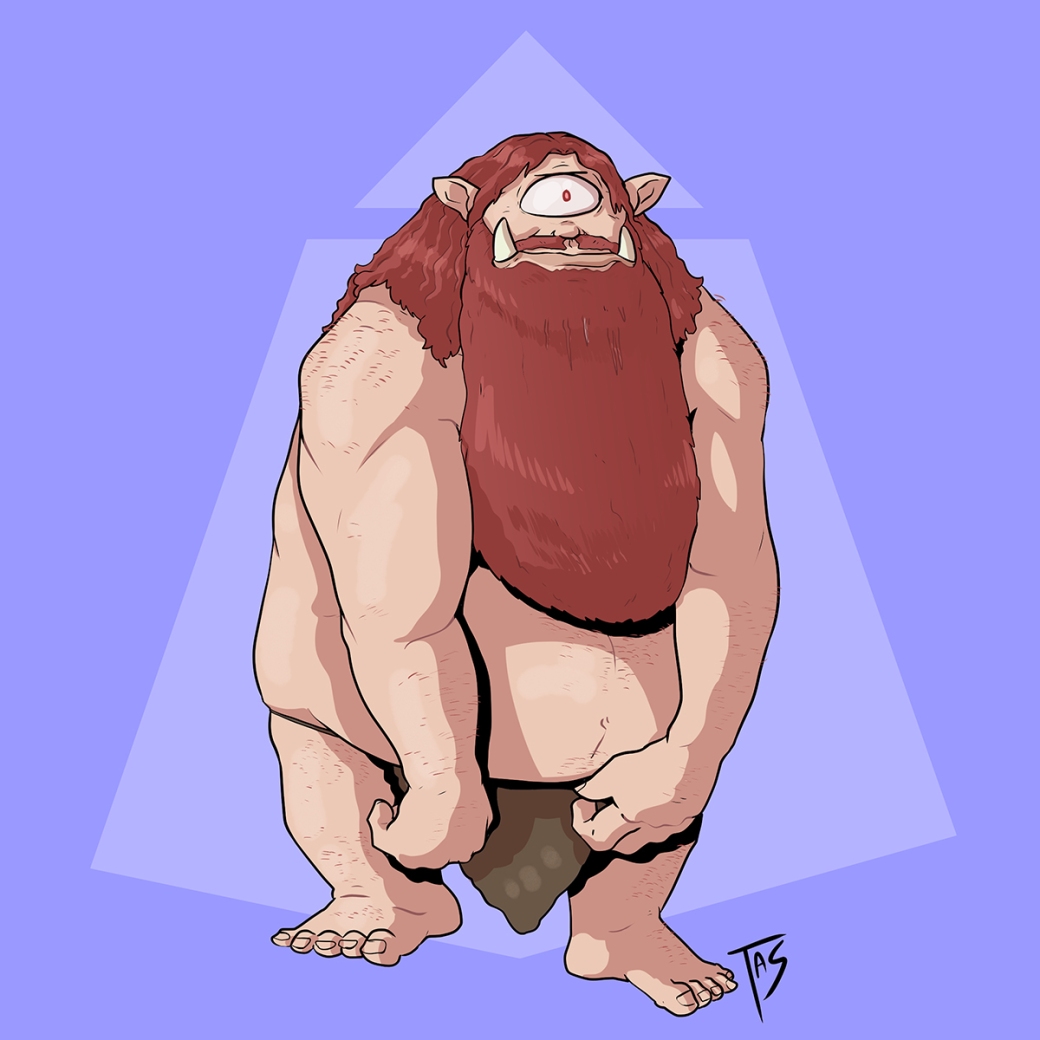 A malevolent, cyclopic giant, the ojáncanu were a major figure of evil and destruction in Cantabrian folklore; leveling forests and buildings, tearing up the landscape and stealing livestock and children. As they were cruel and brutish they were at odds with and opposed by the anjanas, the benevolent Cantabrian fae folk. However, it was said once every hundred years a “good” ojáncanu, particularly kind and graceful, would be born. An ojancánu could be killed by removing the one white hair from its beard.