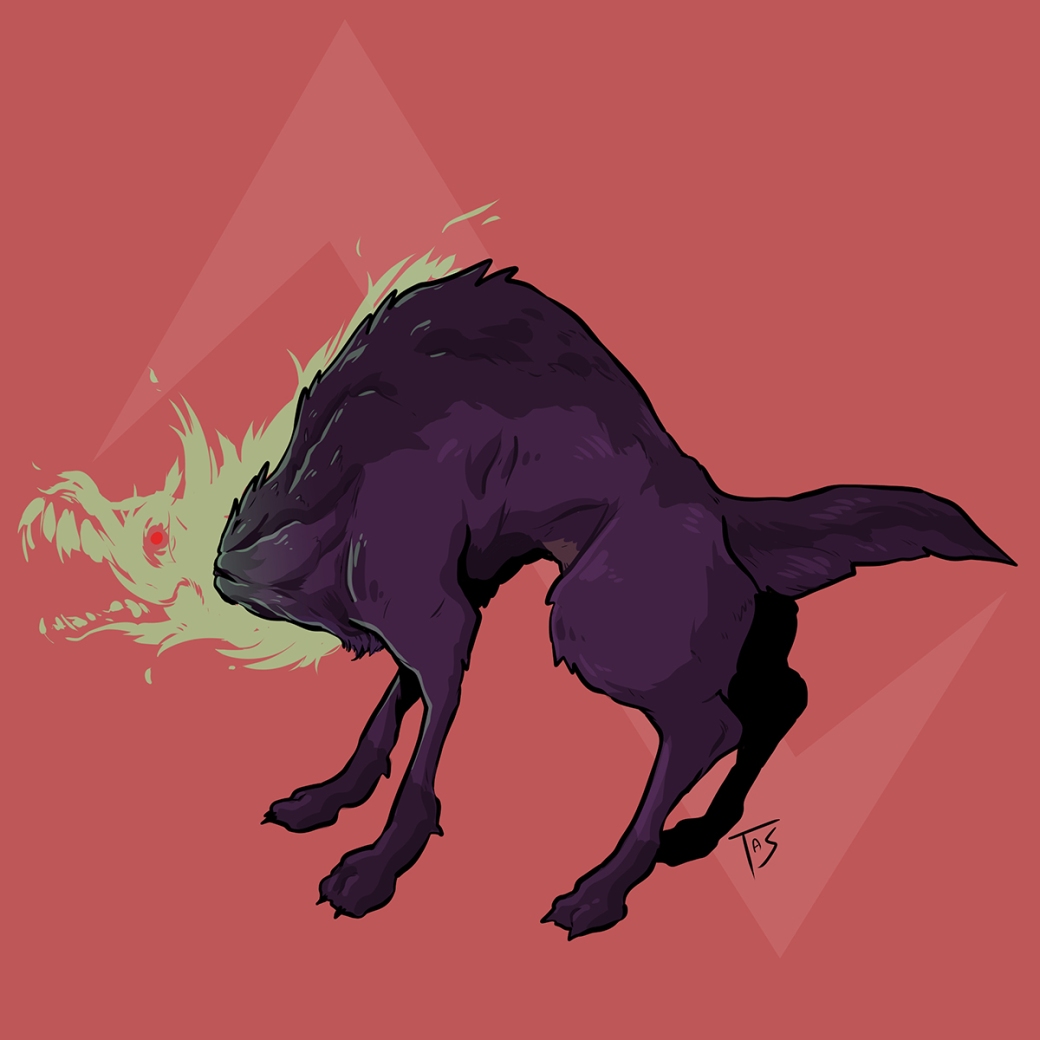 A variation on the United Kingdom’s numerous Black Dog stories, the Yeth- or Yell-hounds appear as large, headless dogs but in actuality are the spirits of unbaptized children who had died; now bound to roam the moors of southern England, hunting similarly-fated souls to turn them into more Yeth-hounds. These spirits will wander the woods and swamps at night making loud, mournful cries which serve as a death omen, with anyone who can hear them said to die within three weeks.