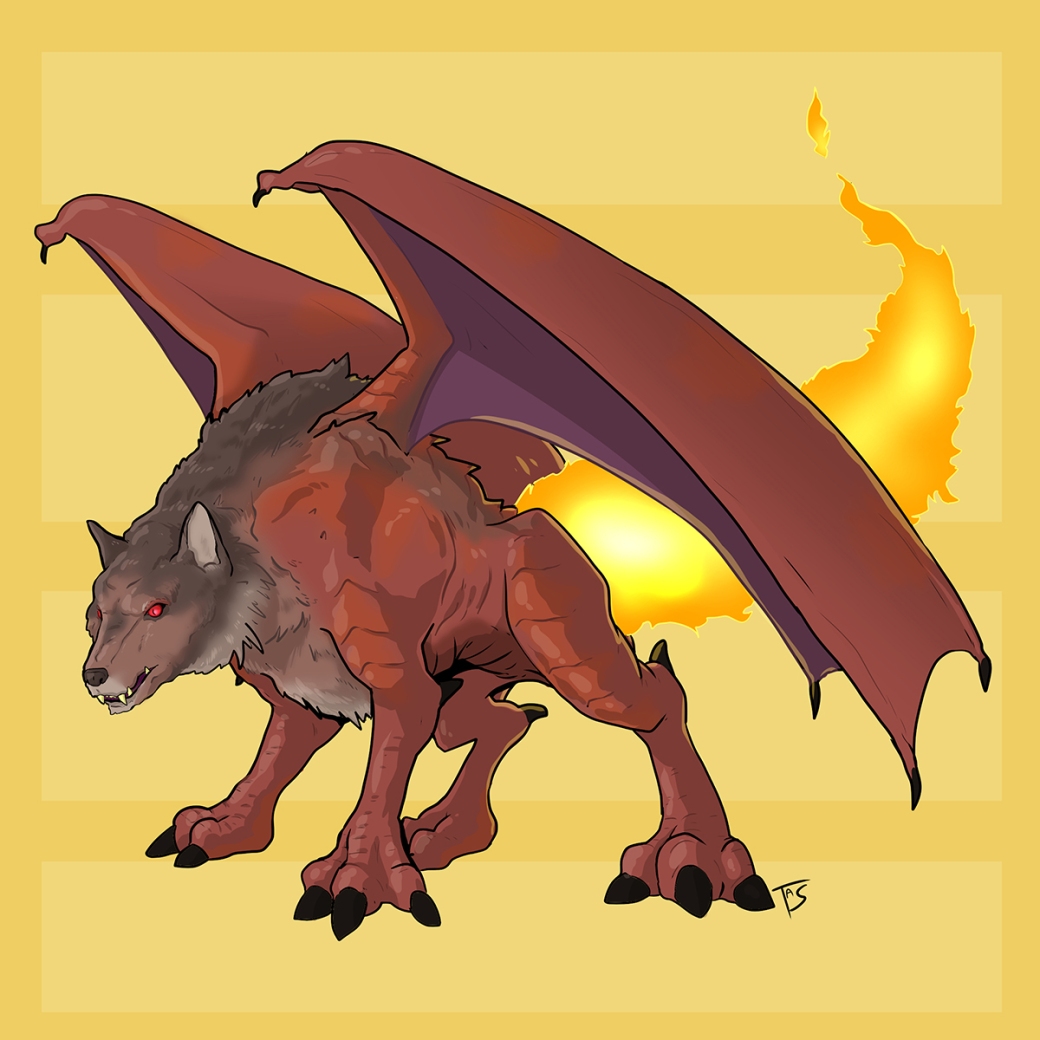 A demonic spirit who is often seen in the bestial form of a wolf-headed dragon with a flaming tail, the zburător, Romanian for “flyer”, is in fact an incubus. He will assume the form of a handsome young human (or simply be invisible) and in the middle of the night enter the bedchambers of women, especially attracted to newly-married ones, to sleep with them and feed off their life energy as he does so. As he flies across the sky in his more animalistic form, he can be mistaken for a shooting star.