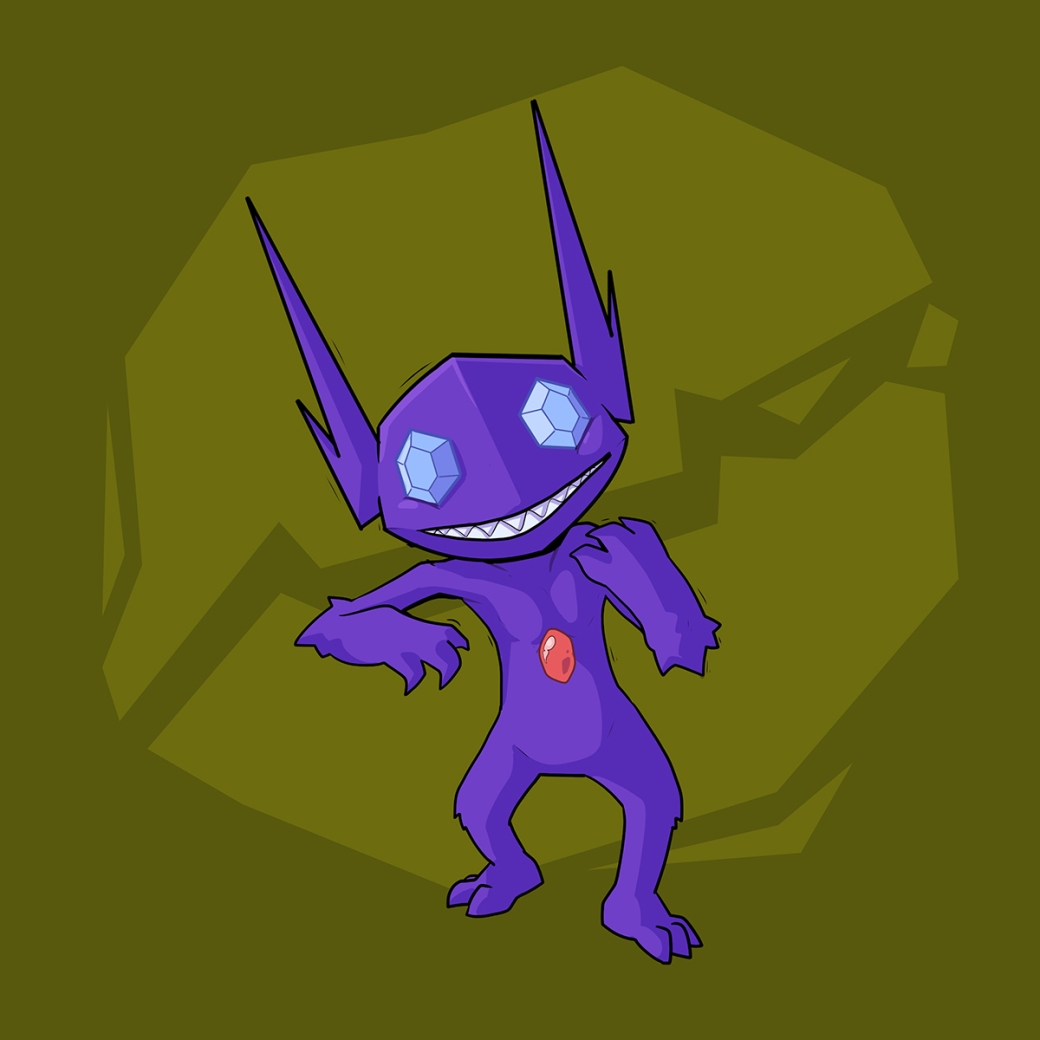 A small subterranean creature with gemstone-like growths on its body, Sableye burrow through the caverns in which they live in looking for minerals to consume. They are largely solitary and will avoid contact with humans, but their menacing, impish appearance, erratic movements and tendency to attempt to scare people away from their territory has given rise to a folk belief that the Sableye is an evil spirit and when their gem-like eyes flash in the dark it is attempting to steal a person’s soul. Sableye contains elements of various boggarts and dwarves, but it is primarily stylized after the Hopkinsville Goblins in appearance as well as their chittering and convulsive movement (not to mention that they’re pretty chill but humans are kind of jerks to them).

Originally posted on Tumblr on November 16, 2016