A shape-shifting, vampiric jumbie from Trinidad and Tobago and other Caribbean regions, by day the soucouyant will appear as a normal human woman, usually elderly, but at night will cast off her skin and take on its true form of a flying fireball. The skin will be stored somewhere such as a mortar to protect it while the soucouyant flies out to look for victims. In this form they are said to be able to fit through any size hole or crack in a building and descend upon whoever they find sleeping there, draining them of their blood or life-force through the bottom of their feet or other limbs. The victim may eventually become a soucouyant themselves or, if drained to death, the feeding soucouyant may take their skin as a replacement for their own. The soucouyant’s hidden skin is the key to dealing with one; similar to European witches the soucouyant will be compelled to count every grain of rice or salt spilled on the ground which can prevent them from making it home and back into their human disguise before dawn. Alternatively it will give you a chance to enter their home while they’re out and find the skin before they can return to it, where you can sprinkle the skin with salt or hot pepper which will render it unlivable to the soucouyant. Witches may also take the skin to be used as a component in magic spells or rituals.

A river-hag related to other aquatic fae creatures like the grindylow, Jenny (or Jinny or Ginny or…) Greenteeth lived in stagnant, murky waters in western England near Lancashire and Liverpool and would pull down anyone who ventured too close to the water’s edge, drowning them. Parents would use warnings of Greenteeth to keep small children away from the water and keep them from accidentally falling in. Claiming it may her hair as she sat in the water lurking, she also became associated with pondscum and duckweed or other floating water-plants, that may in reality tangle the child up and prevent them from being able to get back out to dry land. She was similar to Peg Prowler, another hag said to inhabit the River Tees further up north. 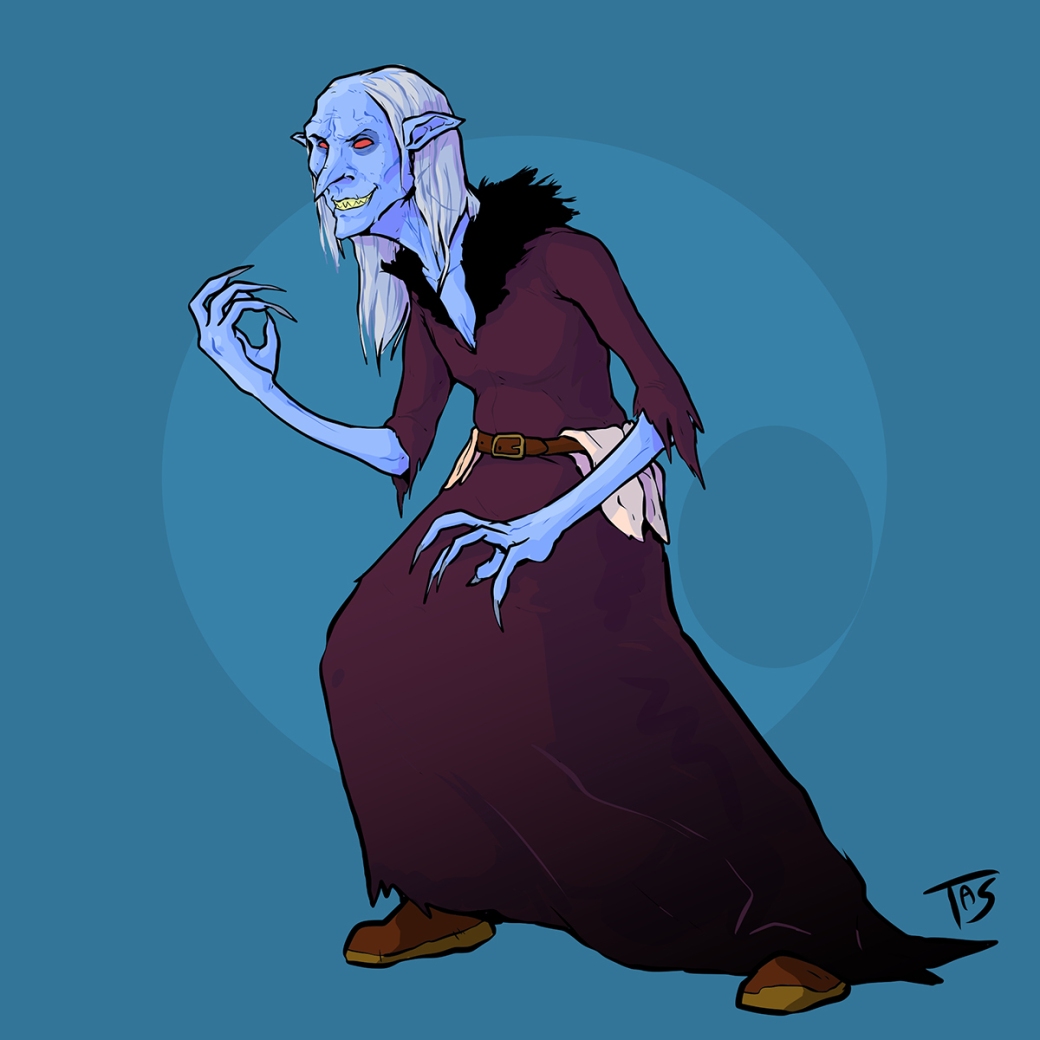 A blue-skinned hag who would capture and eat anyone who she found while out wandering the glens of Leicestershire, Black Annis was particularly fond of taking children, who she would flay before eating with her sharp iron claws, wearing their skins on her belt or hanging them in her cave home. The cave, known as Black Annis’s Bower, was said to be dug out of the sandstone by the witch by hand. In some tales she was said to be able to take the form of a large cat.

Originally posted on Tumblr on November 28, 2016

A large demonic hag, the drude will take possession of virginal maidens or priestesses. They will leave their host’s bodies at night, capanle of taking on various forms such as other humans, animals or a vaporous mist, and sneak into homes through cracks and small holes. Once inside, the drude will assume its true form and sit on the sleeping inhabitant’s chests, causing sleep paralysis and nightmares. They are also said to participate in the Germanic version of the Wild Hunt.

Originally posted on Tumblr on September 20, 2016 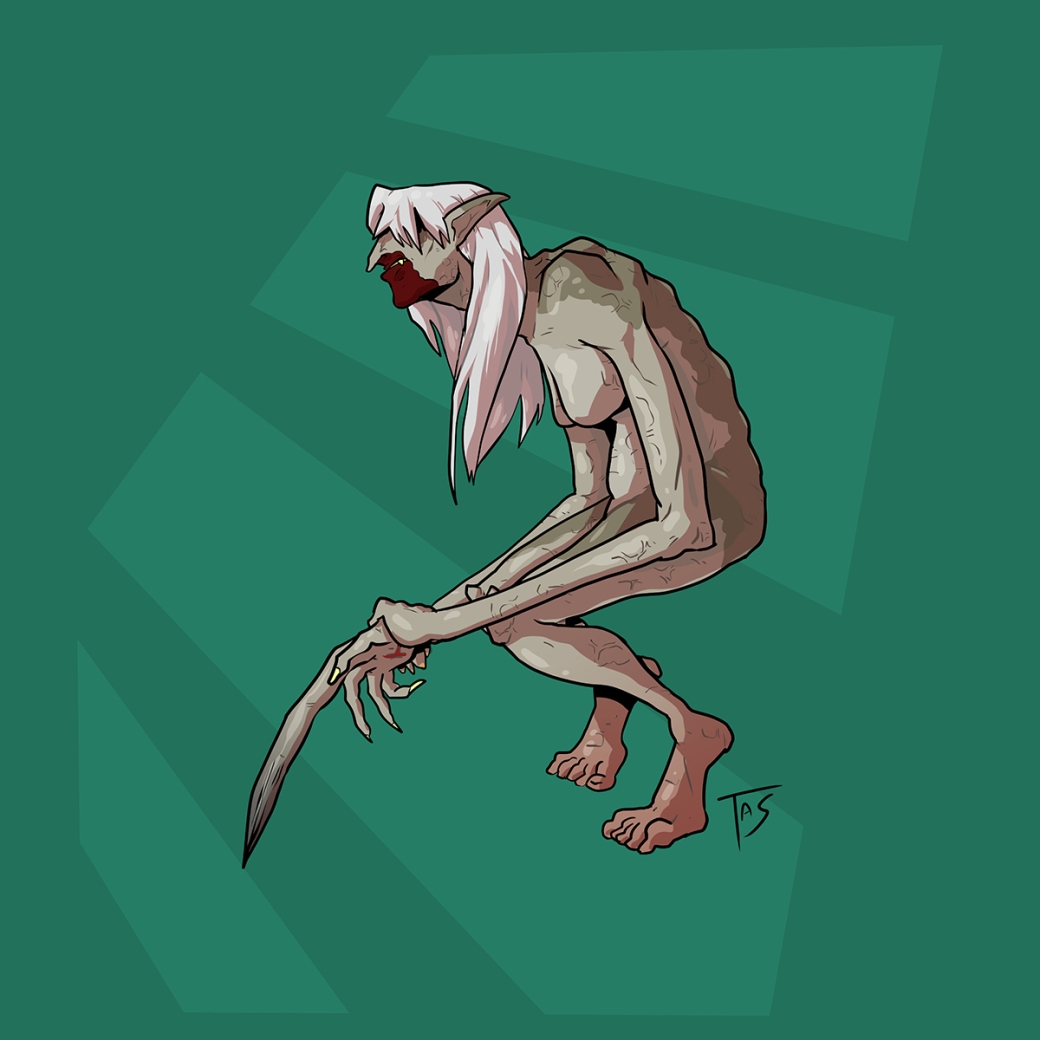 A monstrous old woman who lived in the wilderness and mountains of what is now the southeastern United States and hunted the local population, U’tlun’ta’s most notable features were her stone skin, which was impervious to damage, and her long, knife- or awl-like index finger on her right hand, which she used to cut open victims and eat their livers. Her other abilities included shape-shifting, which she used to transform into people’s loved ones to lure them into her woods or gain access to their homes, and a magical control over stone; she could lift stones of any weight and fuse any two stones together. She used this latter ability to build a giant upward bridge to the sky, but her “Tree Rock” angered the deities in the upper realm for daring to approach them and it was struck with lightning and shattered it, scattering fragments across the region. Eventually tiring of U’tlun’ta preying on their community, a group of hunters set out to eliminate the creature. After being unable to harm her on their initial attempt, they were assisted by Tsïkïilï the chickadee and instructed to aim at her right palm where the knife-finger met her wrist, the one weak-spot in her otherwise impervious stone hide. When U’tlun’ta charged forward to slash at them with her claw, they landed an arrow in her wrist, killing her. 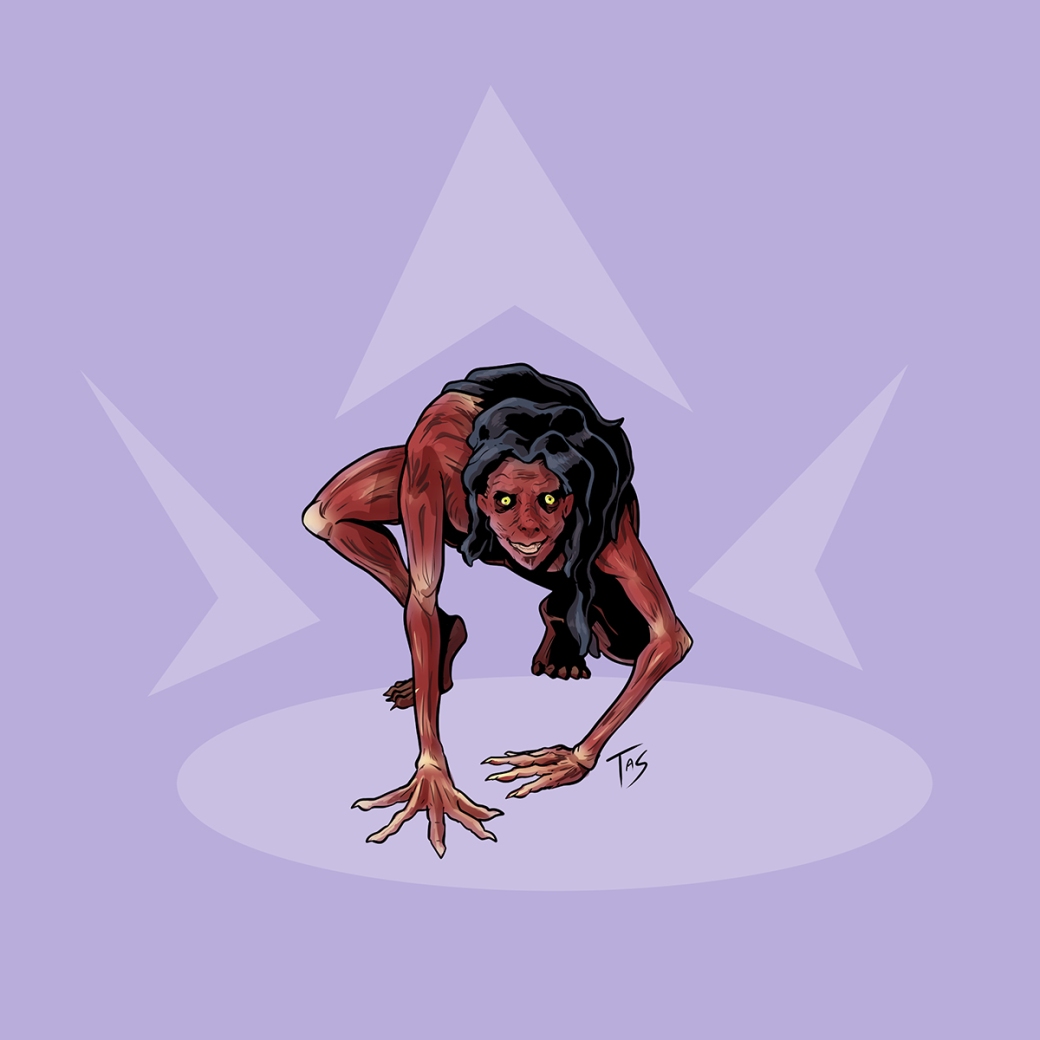 A variation of the hag folklore from Gullah tradition, the boo hag is a skinless, vampiric creature who may tear the skin off a victim and wear it as their own to blend in as human. The boo hag sustains itself by sneaking into homes at night through cracks and shadows and perch itself upon the sleeping person inside, sucking out their breath and feeding off their life essence. They are associated with sleep paralysis and waking up exhausted even after a full night’s sleep.