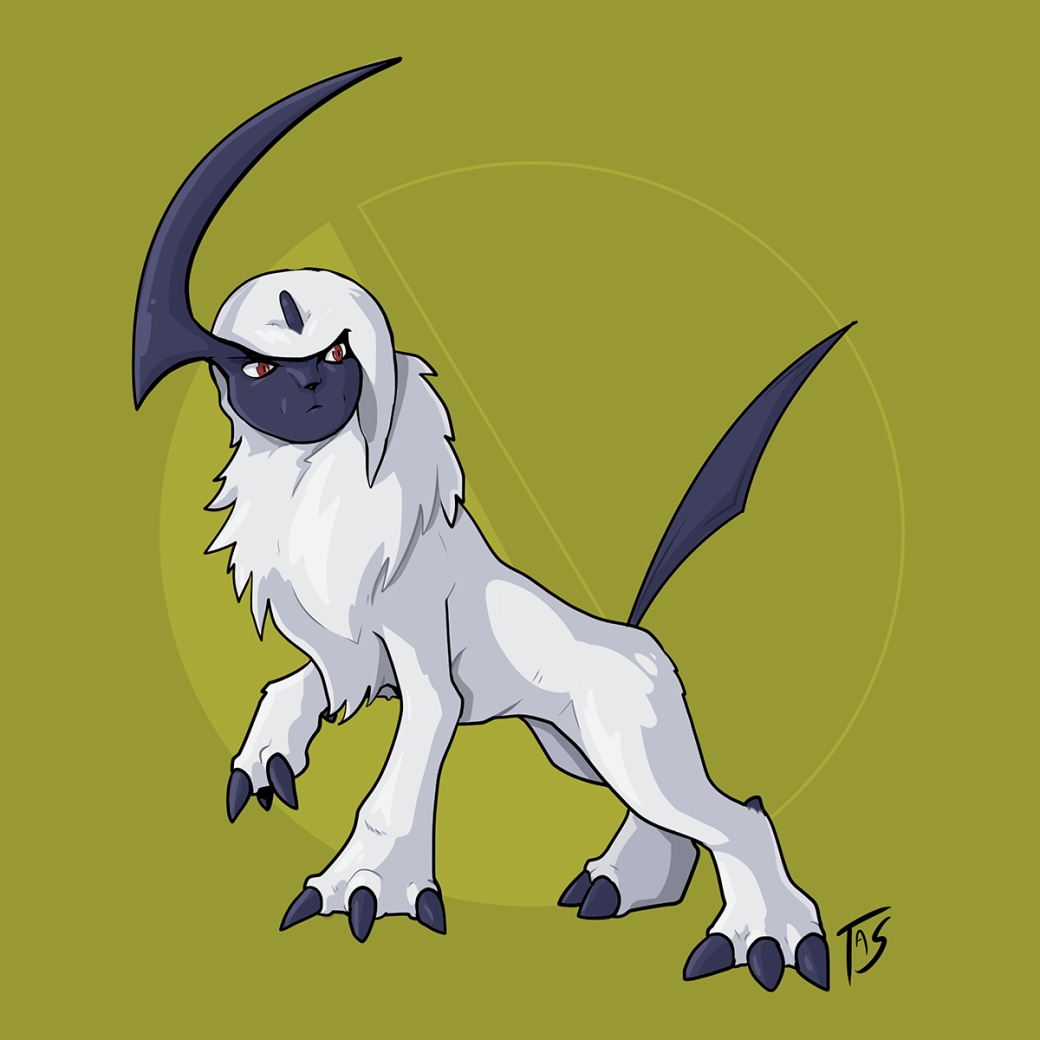 A solitary creature that spends most of its time in remote mountainous regions, it will often show up near human settlements prior to catastrophic events. Because of this association, they were viewed as bad luck or evil in nature, but others believe their appearance is an attempt to warn people of what’s coming and the Absol itself is benevolent. It is theorized the horn on the right side of its head is a sensory organ, and its seeming precognitive ability is the result of it being able to sense minute changes in the atmosphere preceding natural disasters. Absol is primarily inspired by the Bai Ze, a white cat- or cow-like creature with black horns and a similar history of imparting warnings and information to travelers, and also incorporates elements of the yin and yang symbol into its design.

Originally posted on Tumblr on November 18, 2016

The “Red Dwarf,” Nain Rouge is a devilish creature said to haunt Detroit, first showing up in 1701 when he supposedly attacked Antoine de la Mothe Cadillac, a founder of Detroit who soon fell on hard times financially after the encounter. Since then his appearance has been a precursor to disastrous events in the city’s history, showing up before battles, riots and murders. Many people have grown to associate or even blame these events on Nain Rouge, but there is a contingent of citizens trying to clear his name who believe he is actually a beneficial presence, his arrival an attempt to warn people of coming danger. Nain Rouge’s origins are split, with some claiming he’s a lutin, a type of French hob, who came over from Normandy along with early European settlers while others maintain he’s actually indigenous to the area, one of a class of protective nature spirit belonging to native Wabanaki folklore. In recent years, a parade has been held in his name, the Marche du Nain Rouge, at the end of which participants burn the figure in effigy in an effort to symbolically ward him off.

Originally posted on Tumblr on September 29, 2016 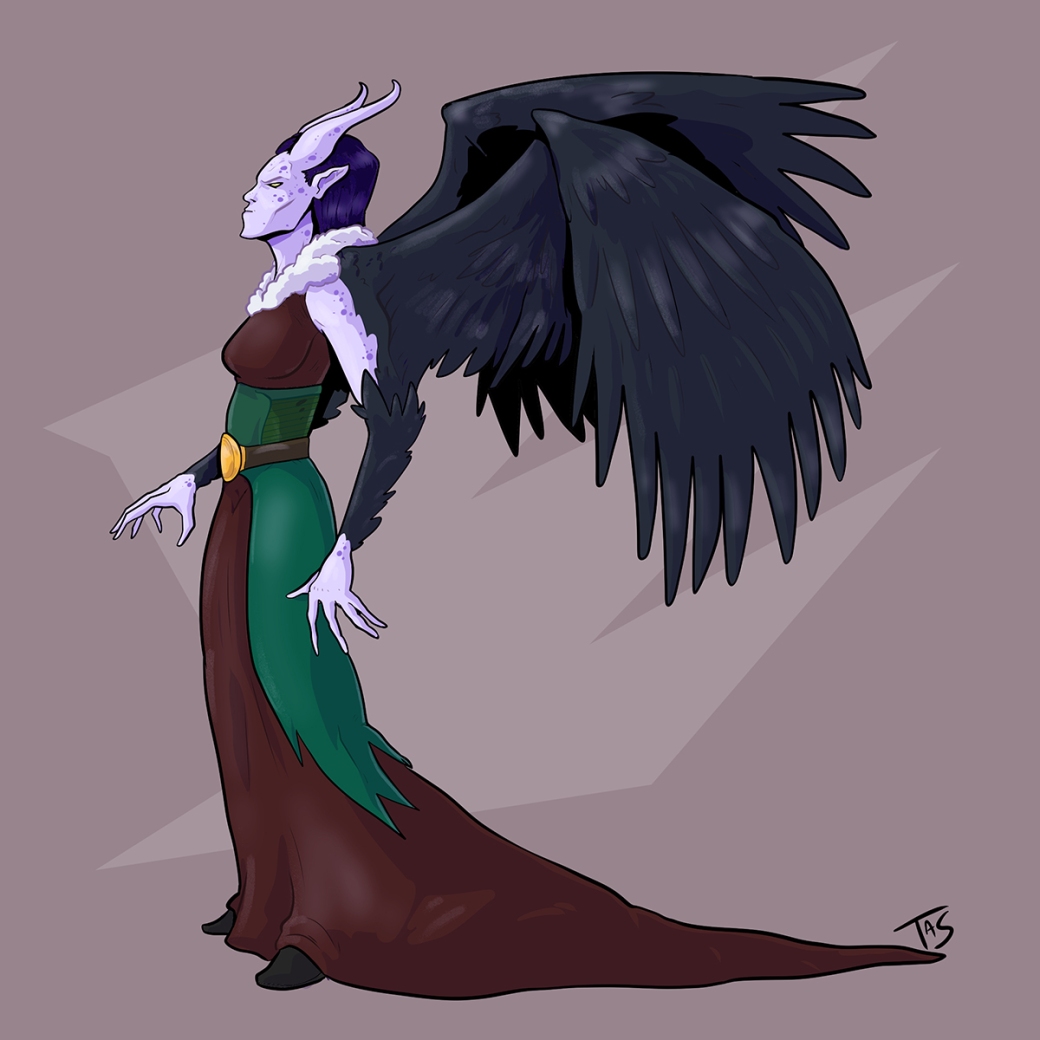 A type of Slavic faerie, the narecnitsi would come to newborn children and foretell their fate, primarily they were featured in epics where they would appear at the birth of a future great warrior or king.

Creatures from Bengali folklore and fairy tales, the byangoma were prophetic birds capable of imparting knowledge of the future to those they deemed worthy or wholesome. In some stories they could speak directly to the person, in others they sang as a bird is wont to do and those hearing it received a vision of their fate.

A bird who lives on an island between Earth and Paradise, possessing a beautiful singing voice and an awareness of all things that are. She will impart knowledge of the present and future to people who seek her out but few can understand the words she sing; those who can often receiving good fortune and prosperity through her prophecy.

Originally posted on Tumblr on January 17, 2016