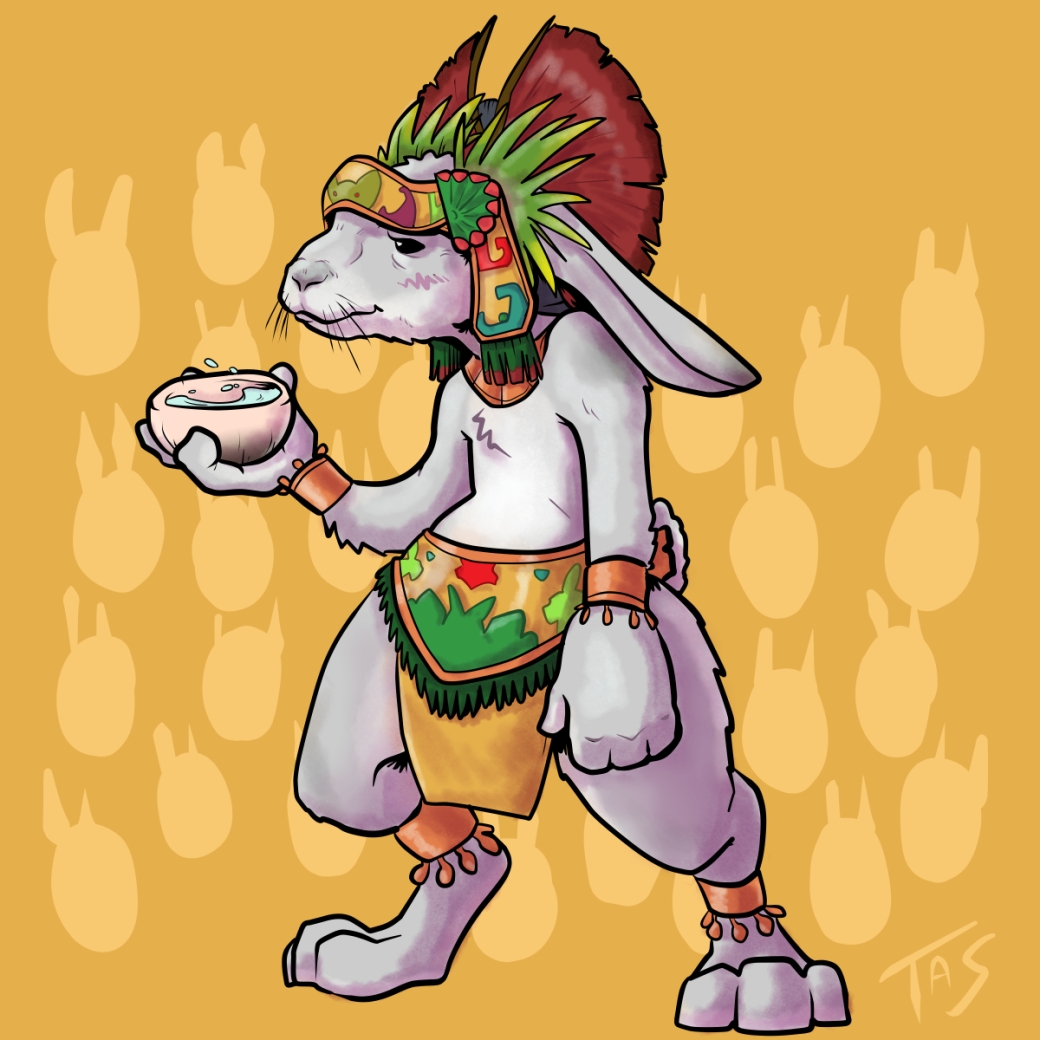 Children of the Aztec gods of agave and fertility, the Centzon Totchtin, or “Four Hundred Rabbits,” are a collection of minor rabbit-deities representing the numerous aspects of intoxication and drunken reveling, which they often partook in themselves (there may not be exactly four hundred of them, the term may be meant to imply there’s just too many of them to count). There were gods of excess, blurred vision and dance, but Ometochtli (“Two Rabbit,” also known Tepoztecatl) was the chief deity among the rabbits and considered the god of pulque, a traditional drink made from fermented agave, itself.